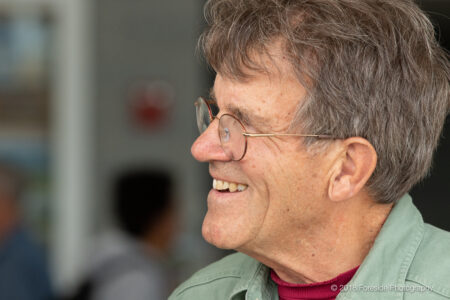 Roger Berle is the Chair of the PNLTC Steering      Committee, a founding Director and current President of Oceanside Conservation Trust of Casco Bay, having represented Cliff Island on the OCT Board since 1982. He was the third OCT President, serving as such in the early 1990’s. He owned and operated a construction business on Cliff Island for thirty-four years but has also used the island as a base for his long-standing commitment to the permanent preservation of significant open space. A former member of the Land for Maine’s Future Board (LMF), he is currently President Emeritus of Portland Trails and former Chair/current Commissioner of the Portland Land Bank. He is also Chair of the Maine Islands Coalition, which is comprised of elected representatives from the surviving fourteen year-round Maine coastal islands and which meets to address issues which affect the sustainability of these unique communities. Additionally, he is Vice President of The Maine League of Conservation Voters. A graduate of Bowdoin College and Boston University, he lives partly in Falmouth and partly on Cliff Island. His daughter Liz, 33, lives in San Francisco and his son, Christian, 30, lives in Washington DC.

Aaron is co-founder and former director of Rippleffect Inc. and spent 10 years establishing a 26-acre campus and island school promoting leadership and community development through learning adventures. He received the Gulf of Maine Council on the Marine Environment’s Visionary Award in 2002 for innovative curriculum design, adapting Harvard’s Heifitz and Linsky Leadership Models for high school students. He consults and coaches private, public and nonprofit leadership teams on multi-stakeholder facilitation, technical expertise, and collaborative process. Aaron balances his consulting work with exploration. He has paddled 2600 miles of the Eastern seaboard in a sea kayak, studied the criollo music of the Peruvian coast and the ancient textiles of the Andes, and mapped reef ecology in Indonesia. In 2009-10, Aaron and a team of 7 others traveled to 4 continents studying social and environmental sustainability as a Flow Fund recipient, providing financial support and consultation to a diverse array of individuals, companies, and organizations.

David Platt is the Island Institute’s director of publications. He edits the monthly newspaper “Working Waterfront” and the annual magazine “Island Journal” in addition to books and other projects produced by his department. A graduate of Yale and the Columbia School of Journalism, he has been part of Maine’s media scene since 1971. He joined the Island Institute in 1993, is currently retired, and resides in Falmouth, Maine. 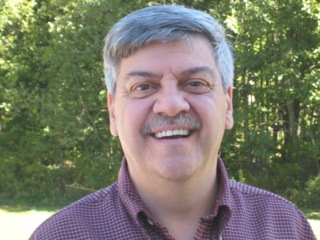 Marc has experience providing tax and accounting services to businesses and individuals since 1980. Marc has worked in a Big Six accounting firm and spent 12 years in real estate development as Chief Financial Officer of organizations that financed and built housing, resort developments and nursing homes throughout the United States. He now devotes his energies to offering his range of experience – encompassing business organizational structuring, finance, accounting, tax planning and tax preparation – to clients that require these services customized to their needs. Marc holds a Bachelor of Science Degree in Accounting. He began using QuickBooks at PFS in 1997 and became a Certified QuickBooks ProAdvisor in 1999. Marc was a member of Intuit’s Advisory Council 2006-2008 and was a member of the QuickBooks Speakers Bureau 2006-2010. 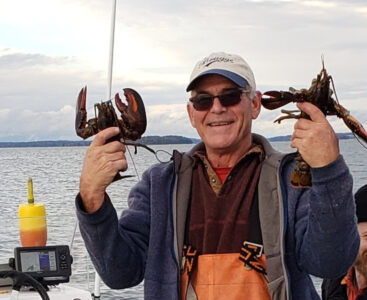 Stephen Russell is recently retired from a career in Financial Planning who currently is back to his roots on the waterfront. Local knowledge and connections combined with a passion for all things marine related and a desire to help others, Steve can be found assisting marine salvage operators, tending moorings, and working for a local kelp farming operation. He is also a talented woodworker. Steve believes the conservation of Fort Gorges is of paramount importance. The immediacy of resources necessary to secure the building from certain irreparable destruction by natural causes is obvious. He believes his efforts and the efforts of others who will volunteer time and donate resources will be justly rewarded with the results; civic pride in the conservation of an historical building, a gem in the harbor to be viewed from ashore as well as underfoot, and an obligation completed for future generations to behold and enjoy. Steve takes great pride in making such a profound career change at this stage in life. He looks forward to moving his woodworking shop to Falmouth where he cares for his elderly mother. Steve is a Maine Maritime Academy (‘82D) graduate and enjoys sharing his vast knowledge of seamanship and boat handling. 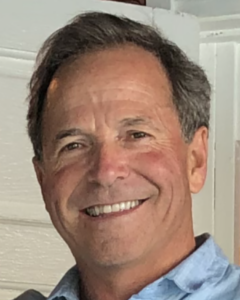 Lee, a resident of Scarborough, ME, is a Senior VP at Clark Insurance. He has been with Clark since 1986, receiving numerous company sales and service awards throughout the years. His career in Commercial Lines sales includes a mastery of insuring manufacturers of luxury outerwear around the country, now serving as the Program Executive for the National Furrier’s Block Program. Lee graduated from Rollins College with a BA in Business Administration and holds his Certified Insurance Counselor (CIC) and Accredited Insurance Advisor (AIA) designations. An active community member and volunteer, Lee serves on the board of the Robbie Foundation. 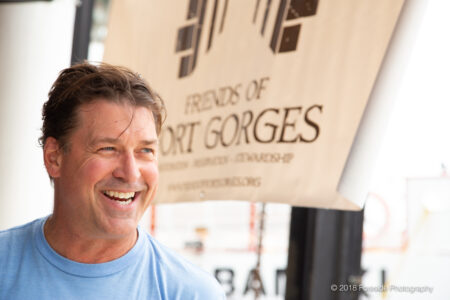 Paul joined the Friends in 2014 and in 2015 was elected Executive Director. Since that time the group has seen their tax-exempt status reinstated, their constituent numbers increase exponentially and received numerous grants. As a community organizer and media coach, Paul has overseen many successful media campaigns in politics as well as social and environmental justice issues. National media events for clients include live interviews on NECN, CNN and FOX news. Paul’s passions include being outdoors with friends and family, community service, and of course, Fort Gorges.